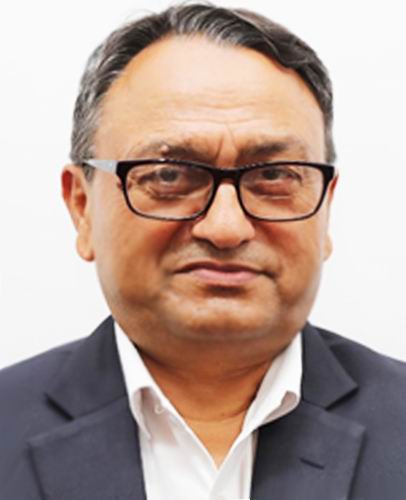 Hon. Keshari Raj Pandit is a former Chief Judge of the High Court of Nepal. Hon. Pandit has decades of experience in Nepal’s Judicial and Legal system. He started his career at the Government of Nepal as a public prosecutor in 1978 and later on promoted as the Undersecretary at the Ministry of Law. He was appointed District Judge in 1989 and Judge of the High Court in 1996. At the time of his retirement from the Court in 2013, he was the Chief Judge of the High Court, Patan. He has also served in various other reputed positions such as the Executive Director of the National Judicial Academy, member of the Central Justice Sector Coordination committee at the Supreme Court of Nepal (2014-2018), Chairperson of Justice Sector Coordination Committee, Court of Appeal, Hetauda and Patan (2008-2013) as well as Chairperson and Law Member of Revenue Tribunal Kathmandu, Nepal (2005-2008) among other prominent designations.  He is a Life Member of Nepal Council of Arbitration (NEPCA) and also a Life Member of Nepal Mediators Society.

Hon.Pandit holds a Master’s of Commerce and Bachelors of Law from Tribhuvan University, Diploma in International Law from Institute of Social Studies, the Hague, the Netherlands and ‘Government Legal Advisors’ course at Institute of Advanced Legal Studies London.