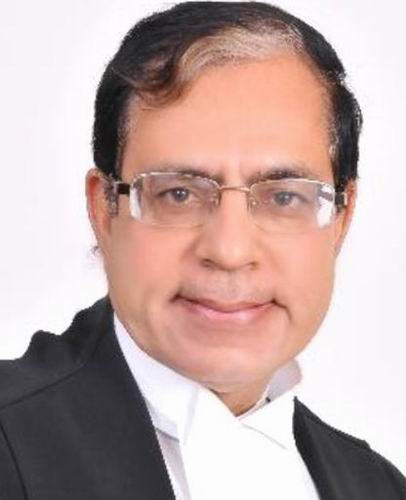 Did B.Com. Honours from University of Delhi in 1974 and two Post Graduate Diplomas in Company Law and Administrative Law from ILI, in 1975 and 76, getting first position in both. He topped in LL.B. from Delhi Law Faculty in 1977 and completed his LL.M. in 1980, again getting first position in 3 years’ course. I was also conferred LL.D Honoris Causa by Ram Manohar Lohia Law University, Lucknow in 2013.
I started my practice at Delhi High Court in 1977 and handled all types of cases, with specialisation in Arbitration, Commercial, Labour and Constitutional matters. I was Counsel for various public sector undertakings, banks and financial institutions. I taught Law at Campus Law Centre from 1984 to 1989. In 1997, I was designated as a Senior Advocate by the Delhi High Court; and in 1999 became a judge of Delhi High Court, and in 2011 it’s Acting Chief Justice. In September 2012, I was elevated as the Chief Justice of Punjab & Haryana High Court and in April 2013, I was appointed as the judge of the Supreme Court. I superannuated in March 2019 as the senior most puisne judge.
In my judicial career, I authored over 4700 reported judgements in different fields of law. I was named as one of the 50 most influential persons in the world who impacted the growth of Intellectual Property Laws for the year 2007 by MIPA. I wrote scholarly articles in various journals and presented learned papers in various national and international conferences. I have several articles in the field of human rights, commercial laws, arbitration and mediation.
Currently, I am an International Judge of Singapore International Commercial Court (SICC); Chairman of National Court Managements Systems Committee (NCMS); Chairman of National Broadcasting Standards Authority (NBSA) and Ombudsman of Federation of Indian Fantasy Sports (FIFS). Chairperson, Committee for Formulating an Action Plan for Online Dispute Resolution under NITI Aayog, Government of India. Chairperson, Interim Advisory Council, Delhi School of Public Policy and Governance (DSP&G), University of Delhi. I am also the visiting Professor of various Law Universities.