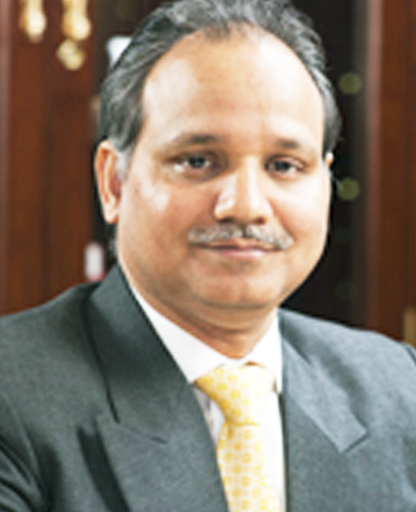 Dr. Rajesh Sharma is a Senior Lecturer, Legal and Dispute Studies, Criminology and Justice, RMIT University, Melbourne, Australia and Adjunct Professor at Academy of International Dispute Resolution and Professional Negotiation (AIDRN). He is an Honorary Professor at Xiangtan University Law School. Before coming to Australia, he was Assistant Professor at School of Law, City University of Hong Kong. He is the Chairman of the Accreditation Committee of the Asia Pacific Centre for Arbitration & Mediation (APCAM).

Dr. Sharma has served as the Legal Advisor to the Macau University of Science and Technology. He has advised transnational companies on trade and investment policy in China and has done training courses with and for the WTO and UNITAR. Dr. Sharma is the Finalists for the ADR Teacher Award 2019 in Australia. He is the first Indian to hold PhD in Law from China. He holds PhD from the Chinese University of Political Science and Law, Beijing, a Master of Business Law from Monash University, Australia, an M.Phil from City University of Hong Kong and the Bachelor of Laws from the University of Delhi. He has received training for arbitrators from the World Intellectual Property Organization (WIPO), Geneva; and International Chamber of Commerce, Vienna. Dr. Sharma has received training of a mediator for community conflict resolution by the Plowshares Institute, USA and the Accord Group of Australia.  He has also obtained professional training in negotiation at Harvard Law School. He has received training for teachers of WTO organized by UNU-IAS.

Dr. Sharma has researched extensively on the arbitration laws of China and India and other Asian countries, Investment Arbitration, Dispute Settlement in FTAs, WTO related issues, investment law and mediation. He has also conducted research and provided expert comments to UNCITRAL on mediation and conciliation. He has publications in the areas of WTO law, international trade, arbitration and dispute resolution, commercial law, and banking law. Recently he has published a book with Wolters Kluwer titled “Dispute Settlement Mechanism in the FTAs of Asia”.

Dr. Sharma is the Associate Director of the Hong Kong WTO Research Institute, a member of Asian WTO Research Network; a panel arbitrator of Korean Commercial Arbitration Board (KCAB), a panel arbitrator at Indian Institute of Arbitrators, a member and secretary of Hong Kong Basic Law Education Association, a member of the Centre for Global Studies and a Researcher at China-Latin America Legal Research Centre, Shanghai. Dr. Sharma is a Research Fellow of the International Academy of Belt and Road, a member of the Drafting Committee of the Dispute Resolution Rules for the Belt and Road, a member of the Working Group for the establishment of Asian Regional Mediation Organization (ARMO) and a member of the Drafting Committee for the Rules of Mediation for ARMO and lead drafter of the Arbitration Rules of Asia Pacific Centre for Arbitration and Mediation. He is a core member (representing Australia) on the Committee for the Establishment of the Centre of Excellence for Dispute Resolution for Indian Ocean Regional Association. Dr. Sharma has been appointed as the International Expert Mediator at the Hong Kong-Mainland Joint Mediation Centre and Japan International Mediation Centre-Kyoto. Dr. Sharma is an elected Associate Member of Academy of Comparative Law.